The Hawks played a tough and experienced Utah team that stayed competitive in an early-morning second round game of pool play. Various players contributed heavily thru the game, most notable LeMarc Wiliamson, who came off the bench to score 16 points to go along with Robert Haney’s 28 points (including a dunk that shook the basket staunchion off base).

The Hawks, currently 25-9, will face a surprising California team that stunned #4 seeded Florida State in overtime this morning at the USADB Final Four this evening at 5pm at Garden Grove’s American Sports Center. This year’s Final Four berth has made it the fifth consecutive year that the Indianapolis team has advanced this far. Below are Hawks – Glaciers game photos. 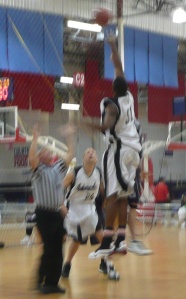 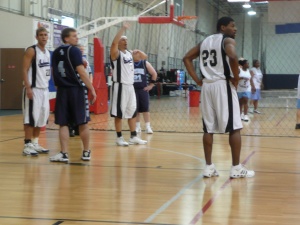 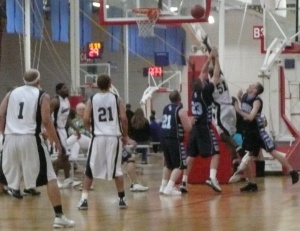 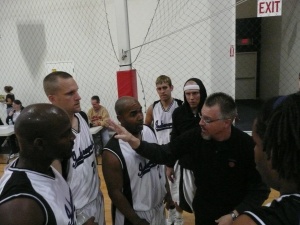 This entry was posted on Friday, April 17th, 2009 at 10:30pm04 and is filed under Uncategorized. You can follow any responses to this entry through the RSS 2.0 feed. Both comments and pings are currently closed.