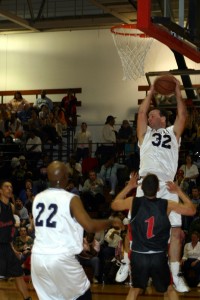 6’4 Forward Billy Schwall played for the GIDC Hawks for six seasons. He was a valuable and versatile contributor who played all positions. Schwall was a sometime starter and a strong contributor off the bench. During his tenure, he played on 6 CAAD Championship teams, along with being part of the 2008 team that captured the USADB crown his last season. He currently lives in Indianapolis, Indiana.

This entry was posted on Friday, June 26th, 2009 at 10:30pm06 and is filed under Uncategorized. You can follow any responses to this entry through the RSS 2.0 feed. Both comments and pings are currently closed.