Denney to return to the Indy Hawks

Denney returns to the Indy Hawks 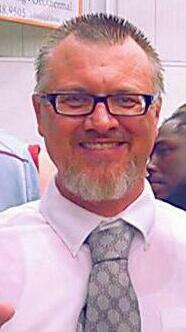 The Indy Hawks will have a familiar face returning to their sidelines this coming winter.

The announcement that Carl Wayne Denney has signed on to become the Hawks Head Coach comes as no surprise, given that he has been residing in the Metro Indy area since February after relocating back from California and making appearances at the Hawks league games.

The Hawks rose to prominence within the USADB once Denney became coach during the 04-05 season, transforming the Hawks from an struggling traditional team in search of its identity into an exciting and fast-paced transitional team featuring versatile players who were capable of filing all five positions on the floor at any time.

After leading the Hawks to the USADB championship in ’08 and 09, which were sandwiched with runner-up finishes in ’05, ’06 and ’10. Denney left the team after the ’11 season in which he was named Coach of the Year to work in California.

This recent spring, he coached the New Mexico Zia to the USADB championship in Philadelphia. The Zia, which was the lowest seeded team ever to capture the USADB, featured the high scoring duo of Sekoe White and Robert Haney, both of whom averaged 35 and 26 ppg to lead the Zia to their first ever championship.

Denney’s goals for the Hawks remain the same – to earn a championship annually.

This entry was posted on Friday, June 14th, 2013 at 10:30pm06 and is filed under Uncategorized. You can follow any responses to this entry through the RSS 2.0 feed. Both comments and pings are currently closed.