Wayne Betts, one of the nation’s best Deaf filmmakers, has compiled a short 3 minute video of the recent USADB tournament. A longer version will be sold through the USADB website in due time. For now, this promo video is out on YouTube and here. Enjoy:

Another is on www.DeafNewspaper.com – a good compilation of the USADB tournament as a whole. Again, a longer version will be sold at the USADB website:

Comments Off on USADB video by Wayne Betts |

The Indy Hawks’ dominance of the USADB was stopped cold midway through the 2010 Louisville USADB championship game’s second half when the Hawks, with an 18 point lead – began a 8 minute drought that saw their 6’9 star center Edlin Dorn whistled for his 4th foul and Hawks mainstay Robert Haney double-teamed by the top two defenders in the USADB in Brendan Stern and Stephen DaSilva. The Hawks were never able to get rolling as the Diplomats Jon Mowl and Sekoe White began bombing from beyond the arc to pull the Diplomats even then ahead.

Despite steamrolling through the USADB in their first two games (118-60 over Philadeplhia and 100-74 over the Carolinas) and opening the first half of the championship with a scintillating first half 44-30, the Hawks began unravelling in the last ten minutes of the game – which saw Dorn foul out, Haney battling fatigue and the team missing 15 free-throws, including 8 down the stretch as the Diplomats made their free-throws and controlled the clock.

Haney finished with 27 points and 13 rebounds. Dorn had 8 points, 8 rebounds and 4 blocks in limited minutes due to foul trouble. Both were selected to the USADB All-tournament first team. NoVa’s Mowl and White finished with 25 and 23 points with Mowl honored with the USADB MVP trophy.

Despite the 84-78 loss, the Hawks heads hung up strong and finished the season on a 24-13 note with a look towards next season. The 2010-11 season will feature familiar mainstays returning and the Hawks will be once again be heavy favorites to capture the 2011 USADB championship to be held in Minnesota in April 2011. 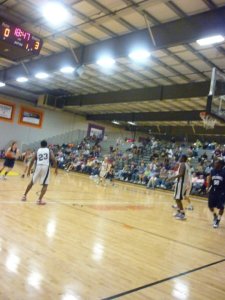 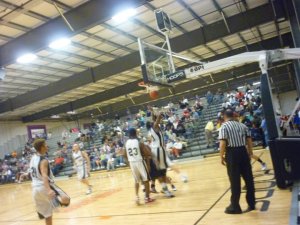 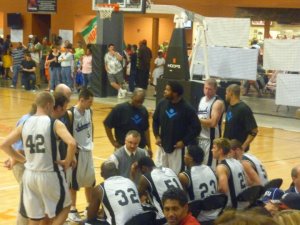